Some of our favourite Cotswolds’ Wedding Venues

So as we all zoom eagerly out of a chilly winter headlong into a gorgeously sunny spring, there’s a real buzz in the air at Jumping Spider Films HQ and that can only mean one thing - wedding season is fast approaching!

With plenty of wedding videography enquiries and even better quite a few big day bookings, we’ve been focusing more and more on the picture perfect locations we will be filming at later this year, as well as looking back at some of our favourite Cotswolds wedding venues; namely the eccentric Aynhoe Park in Banbury, the beautiful Berkeley Castle in Gloucestershire, the captivating Clearwell Castle in Coleford, luxurious Lower Slaughter Manor in Cheltenham and last but by absolutely no means least the wonderfully nostalgic Notley Abbey in Oxfordshire; all absolutely stunning wedding venues housed under the umbrella counties of Gloucestershire, Oxfordshire, Somerset, Warwickshire, Wiltshire and Worcestershire which of course constitutes the glorious and picturesque Cotswolds.

At Jumping Spider Films, we’ve been lucky enough to film wedding videos at all five of these outstanding Cotswolds wedding venues, so with these beautiful locations in mind – some available as exclusive use wedding venues - and the wedding video footage of Lia and Simon, Laura and Rob, Roya and Jedd and Alex and Nick fresh in our memories, we thought we’d let you in on why any one of these beautiful Cotswolds wedding locations might just be perfect for your big day.

Starting with Aynhoe Park, a country house wedding venue in Banbury, Oxfordshire, well who wouldn’t wanted to be greeted by a bowler hat wearing, 10ft tall polar bear before navigating over-sized disco balls and a baby Masai giraffe, seemingly suspended in mid-air by giant helium balloons!?  Set in 250 acres of Capability Brown countryside, the Aynhoe Park wedding venue can only be described as a bastion of British eccentricity, a wedding venue where we were delighted to film the wedding video and where we were even able to include some clever ‘it’s all in the details’ wedding animation.

At Berkeley Castle, yes, a castle in Berkeley, Gloucestershire - the wedding planning team here are almost as amazing as the setting itself and as Berkeley Castle was recently voted Best UK Wedding Venue at the 2015 British Wedding Awards, that’s really saying something.  They offer a truly personal, dedicated wedding planning service and have a great relationship with their recommended suppliers, meaning that if you choose Berkeley Castle as your wedding venue you are assured an experience as personal to you as it is to them, set against the historic backdrop of a magnificent medieval masterpiece, it’s a wedding videographers dream location!

The stunning Clearwell Castle, a gothic revival mansion in Coleford, Gloucestershire is where Jumping Spider Films captured the wedding video of Roya and Jedd in the autumn of 2014.  What can we say about Clearwell?  Well this is castle we all drew as children, something about those imposing square, sawtooth merlons (don’t worry we had to Google that too!) just sings, ‘This is the castle of fairy-tales, where any bride will be transformed from a princess to a queen!’; it’s a picture perfect Cotswolds wedding venue surrounded by the beautiful Forest of Dean which is almost hard to beat. 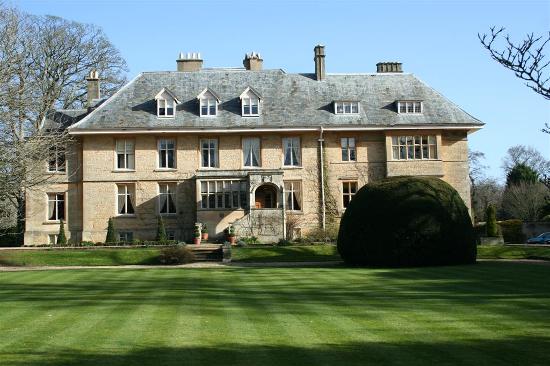 Now for those that are looking for something slightly less imposing but nonetheless grand, Lower Slaughter Manor, a 17th century manor house in Cheltenham, Gloucestershire, is the perfect Cotswolds wedding venue, which matches it’s almost magical charm with the modernity of its contemporary dining; recently awarded Three Rosettes by the AA Restaurant Guide, this is a wedding venue where taste, in all aspects of the word, really matters.  Elegant, ethereal, romantic, refined, we could go on and on about what makes Lower Slaughter Manor a firm favourite for those that demand the best; engaged couples and wedding videographers alike! 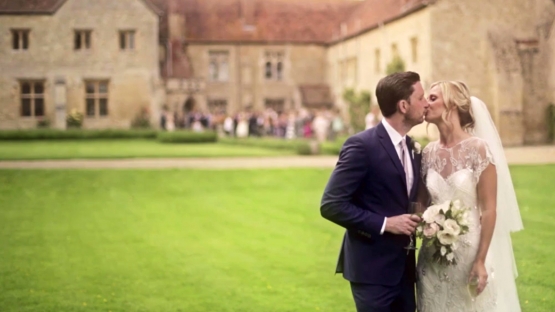 Finally we turn our thoughts to the utterly awe-inspiring Notley Abbey, a country house wedding venue on the Oxfordshire - Buckinghamshire borders, which, much like the famous movie-line, ‘You had me at ‘Hello’,’ well Notley had us at ‘The Gates!’, the sweeping tree-lined drive takes you and your wedding party through to a world of your very own; an intimate, completely private country house estate which sweeps you into a bygone age of open fires, oak beams, blinking candelabras and bountiful floral bouquets, Notley Abbey is quite simply, a work of art and a Cotswolds wedding venue we hope to film at again and again.

And there you have it, the Jumping Spider Films’ wedding videography take on some of our favourite Cotswolds’ wedding venues; be sure to revisit our blog over the coming weeks as we focus on more ceremony settings throughout the Home Counties and the rest of the UK and remember, if you’ve already booked your wedding venue but are still deciding on your wedding videographer, get in touch for a chat; you never know, we might have already filmed at your chosen location and we’d be more than happy to share some finished wedding videography footage with you, showcasing the very best of what Jumping Spider Films can do.