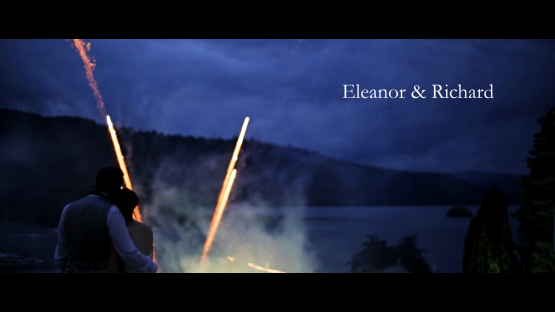 The Lake District in Cumbria was the setting for Rich and Eleanor’s stunning lakeside wedding at the Belsfield Hotel on Lake Windermere. It’s not the first time we’ve been summoned up to the Lakes to create our wedding videography magic and I’m sure it won’t be the last; I really hope so as it’s one of the most beautiful places I’ve ever visited. Filming and droning in the Lake District can rarely be classed as work…

I’ve known Rich and Eleanor for a few years; Rich is an old uni friend of my wife’s. Their story, as a couple, began in the Shard, London and has travelled distances from the US to Australia – it’s a romantic tale, and they are well and truly made for each other. Eleanor is American, but her ancestry is in the heart of the Lake District, hence the location of the wedding.

The wedding day started for us with a bit of bridal and groom preparation. As the couple were both getting ready at the Belsfield Hotel it enabled me to go between the two rooms; capturing all those key little prep moments that really make a lovely opening sequence to the wedding video. Meanwhile Mark, the 2nd camera person, was outside sending up the wedding drone to go all those stunning location shots. We’ve used the drone all over the UK, including a great deal of Cotswolds wedding drone footage so it’s nice to get some aerial shots of Lake Windermere.

The Ceremony run perfectly and Eleanor looked absolutely stunning. Rich, of course, also scrubbed up pretty well. It was then for the fun part of the day as bride, groom and guests headed out on a boat trip around Lake Windermere. Having the wedding drone with us, and being that there is always more than one wedding videographer with Jumping spider meant that we could be in two places at once. So, we could capture not only all those beautiful shots of people on the boat but also some incredible aerial shots from our drone. The wedding drone is quickly becoming the must have extra for wedding couples and with the footage from this wedding it’s easy to see why.

The rest of the day from a wedding videography point of view ran very smoothly. The speeches were funny and emotional as Rich spoken about his daughter that could not attend the wedding and Eleanor’s father bought up Eleanor’s obsession with reality TV. The day finally ended for us with an elaborate firework display overlooking Lake Windermere.

As a guest and wedding videography it was pleasure to be a part of Rich and Eleanor’s wedding. I’m not going to lie but I was well and truly knackered after this one as we’d travelled from a wedding at Berkeley Castle in Gloucestershire the night before. Still I wouldn’t have dreamed of missing this sensational wedding at the Lakes.

Rich and Eleanor’s wedding film was shot at The Belsfield Hotel on Lake Windermere.