I love Alexis's hair. It's thick and wavy, the type of hair that looks good without product enhancement. It flows naturally high and wide, it glistens in the sunlight and sparkles under the stars. I've always wondered how he achieved the look and was quite frankly devastated when he told me it was all down to a hair product named Salty Dog.

Anthony had been cultivating his own ideas outside of his seaside salon in Dorset and was in the advance stages of designing a product which he called 'Box of Brushes'.  It was a great idea and Anthony was a great personality to sell with the product (his own words); he wanted to make a film to promote his product (and himself) to potential investors. During Alexis' visits to the salon in sunny Bournemouth an entire film and video concept had evolved and by the time I was introduced they already had a script and shooting schedule.

To keep costs as low as possible Anthony took on the role of writer, producer and wheeler dealer. By offering free haircuts and calling in favours to Bournemouth locals he managed to find 2 suitable locations, a model, a photographer, props and a professional voice-over artist. All we had to do was make the video. It's safe to say that this was one of our favourite creative film-making experiences of all time. If he gets tired of hairdressing, Anthony would make a very very good producer.

Box of brushes was shot on 2 cameras using a few lights and a glide track. All effects were added in the edit. The film was shot in one very long day. 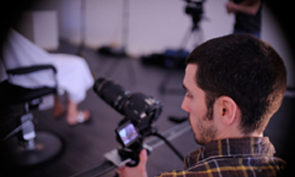 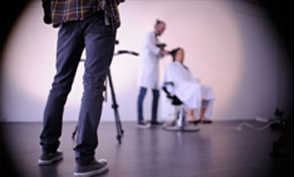 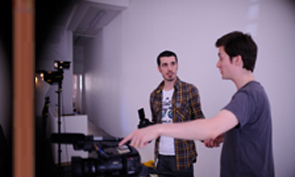